It was an enormous honour to join those participating this morning for the Official Opening of the Union of British Columbia Municipalities Annual Conference.

As the representative of the Crown in British Columbia, and on behalf of all British Columbians, I was pleased to bring greetings and very best wishes for success in the discussions to take place throughout this week.

When I started my new role as Lieutenant Governor just a few months ago, I began travelling to various parts of our beautiful province. I have been welcomed by Mayors and councils, by Chiefs, teachers, business leaders and community volunteers wherever I’ve been.

I’m inspired by the people, such as those at UBCM, who give so generously of their time to serve their communities, to create jobs and social infrastructure, and to plan for a better future for the generations that follow us.

The stability of our country depends to a large degree on the strength of our local communities, and I thank you for your leadership in that respect.

But we seem to be living in an increasingly fractious world, with new examples of confusion and discord emerging in the news every day and around the world.

And I find myself increasingly concerned about the decline of civility in public discourse and the erosion of respect for democracy and the institutions that support it, including the free press.

In Canada, we are not immune to these challenges. 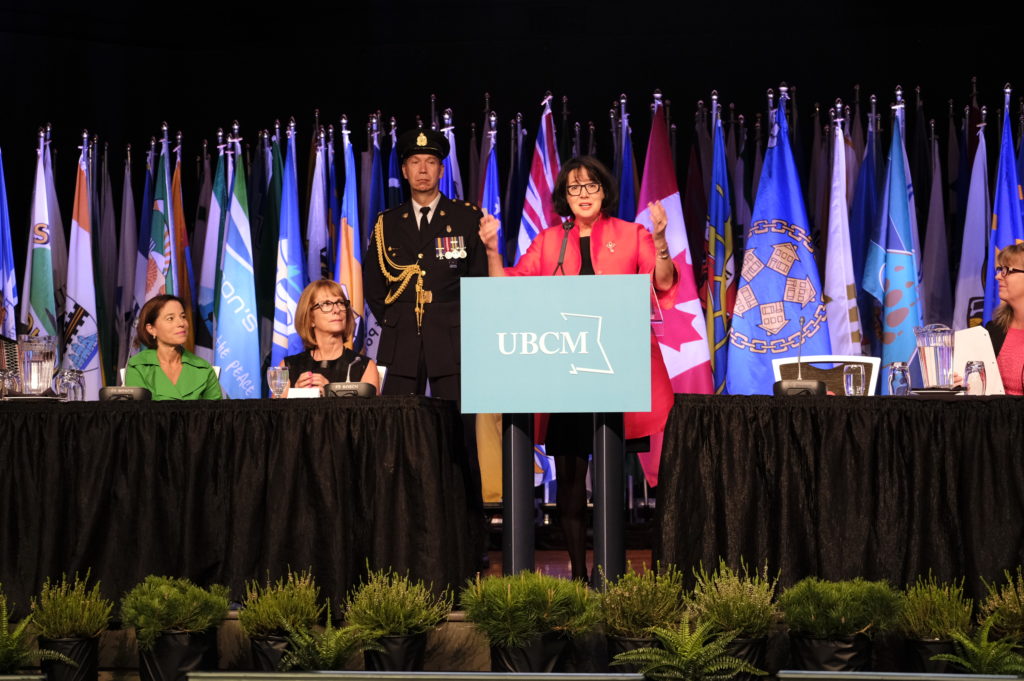 But I do believe that the stability of our country and our democratic conventions stand in contrast to the dysfunction we see emerging elsewhere. And are all the more to be valued and nurtured.

I intend to use my role to promote democratic literacy, to encourage courteous dialogue and informed decision-making, based on shared facts and agreed principles of engagement, perhaps first among young people, our next voters, whom we must depend on to lead future governments at every level.

But we must also work to ensure all British Columbians, all Canadians, have a solid understanding and respect for the foundations of good government.

I feel this responsibility deeply and I claim it among my top priorities.

Learn more about the Union of B.C. Municipalities: https://www.ubcm.ca/